Cloud gaming is an online gaming which runs and streams PC Games on remote servers. It can be directly streamed to user’s device like Laptop, Smartphones and many more, for playing. It has started long back, but hasn’t faced any massive success during that period, as there were less technological development. After that Eventually the idea went on to various gaming services and currently it is known as “GAMING ON DEMAND.” It has so many platforms like

The Cloud Gaming Started as the online game stream , as for the other video streaming apps, people pay some amount as monthly subscription to watch entertaining series and movies, Likewise, the online games will be available and saved in the Cloud Gaming. But it didn’t click up as a right platform for gamers. Even though, the developers were working on the lags to get back it into the action with the right amount of Latency.

WHAT ARE THE CHANGES MADE AND WHEN DID THE HYPE CREATED AGAIN?

After OnLive was shut down, Sony acquired it and converted this technology, along with the technology of another Cloud service, Gaikai to Create the PlayStation. After  inheriting the ideas, Nvidia later branded as GeForce Now expanded it’s firm from the Android TV to Computing Services and importing the user’s steam Library to run using  Remote Desktop Protocol (RDP). Next to US, the French startup blade launched a gaming service named as Shadow. It has more access like Intel Xeon processor and Nvidia graphics and later it got expanded again in US. Everyone Gaming Services updated and did their part for the better gaming experience. As the technology has developed so much throughout the World. What were the changes needed? The Electronic Arts started the “PROJECT ATLAS” to process the Artificial intelligence, Machine learning and  Frostbite Engine. They were working on for the user’s to play the HD games with low latency and streaming more new games without spending so much high processing hardware. As I already said, the hype created so much after the two Worldwide famous technological firms came forward that is GOOGLE and MICROSOFT. They announced about their part of initiative for the gaming services, Google introduced the ‘Project Stream’ whereas Microsoft introduced ‘Project Xcloud'. In 2019, Google announced another gaming service named as Google Stadia and Microsoft joined with Sony and they are co-developing cloud services. 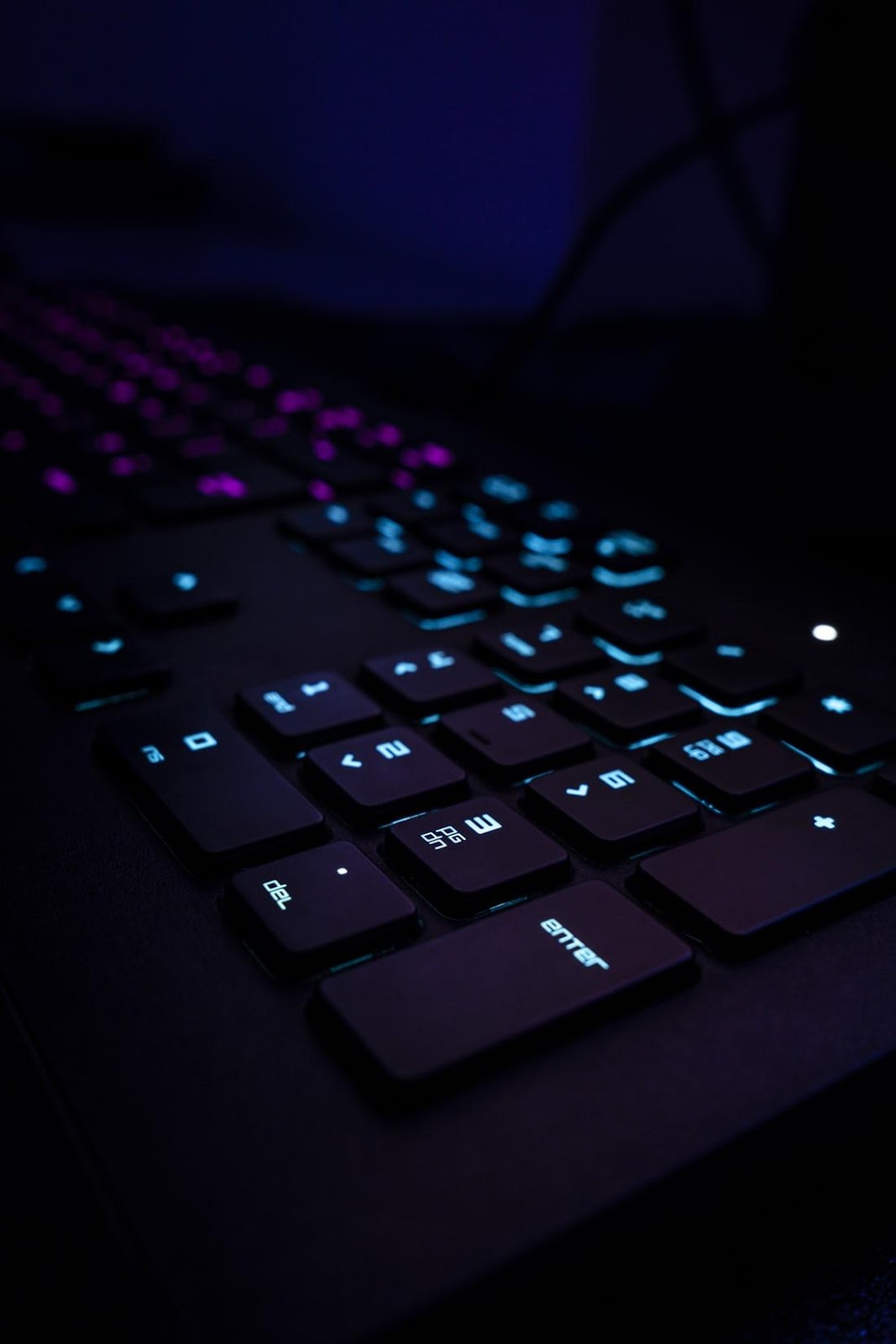 CLOUD GAMING VS PLAYSTATION AND OTHER SITES

Starting with the Cloud Gaming, this game streaming has many features which other gaming services didn’t provide these many years. You can use any device like smart phones, tablets Even a medium processor laptop to play the PC games with good multiplayer experience. Rather than buying costly and high demanded Gaming consoles and CDs for playing a single game. It doesn’t have any complications as it is just a streaming service like other services which we use. During our childhood, everyone must have faced that one issue that 'This game is not supported in your PC', or go to the game stations for playing games for a certain period of time, so as a gaming service, it helps the player to get a chance to play those games with affordable devices which we use daily. Cloud Gaming has the potential to make any game virtual. Now coming to the PlayStation, as well know it is the world’s popular gaming service but it’s not like features of the streaming games. It needs more Powerful hardware and needs high speed internet connection. It has High Quality processor as well as no input lags will be there in PS. They have so many versions up to date according to the developing technology. I mentioned about the other Gaming sites too, you can wonder what is the difference between the online site vs these Cloud Gaming Services, let me explain you, the normal online sites will not have the most popular games and you should spend more storage to download it and play, eventually your device will become slow or Hot and will start lagging. The cloud computing services has many streaming platform, Google has introduced new one, the “project stream” is into the market now. It has all the new technology which helps in the reduction of input latency. It runs in the Google Chrome, for PC or Mobile or gaming devices which you use with Internet connection. So, this streaming games service puts down all of your difficulties in enjoying a game. 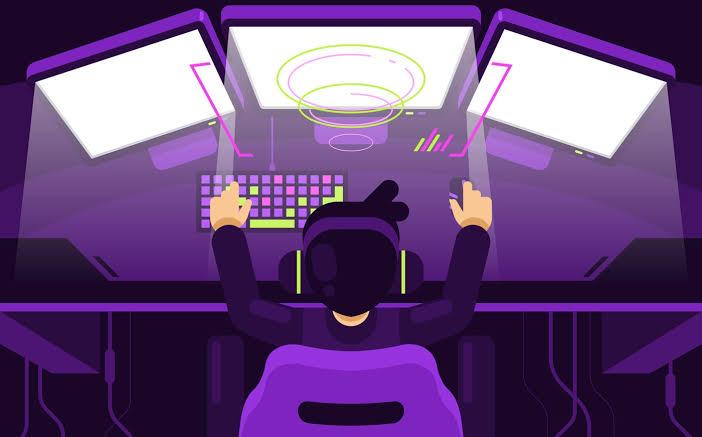 VIEW OF GAMERS AND DEVELOPERS

We all know a person who plays games in PC 24×7 as if they are living in the gaming world. They’ll become the character itself and Play the game with passion, those people are called as ‘GAMERS'. Normal Person who just plays the mobile games won’t be much affected if the processor is low or if the Internet connection lags or may be the Game Quality will be low, they won’t get frustrated compared to the PC gamers. So, the gamers are the best reviewers of the Cloud Gaming Services. They have played using other Gaming consoles with good quality but when it comes to the quality issue, they choose PlayStation or PC games over streaming games. Since it has very few people are using the cloud gaming, it has to come out more updated version and good quality. Coming to the DEVELOPERS, the important manpower which is needed for the upgrade based on the technology of the dynamic world. They are quite satisfied of the Cloud Gaming Services, they are focusing on single platform and avoids piracy. They can also reach out more gamers. They always do so many testing before launching the games, because some of the games won’t be supported in particular devices. The cloud gaming made it easy for them, as it is the streaming games it reduces porting and testing costs.

Everything in the world is like a coin which has two sides, so do the Cloud Gaming, as I already mentioned, it has so many advantages like you can play anywhere, anytime  after the Subscription. It is easily affordable at anytime. Moreover, when you become so bored of the play store games, then you can switch to the streaming games. The Device which you are using should be completely capable of the game, so your input data is sent to the server and sends the processed data back. Speaking of the disadvantages, it has so many technical problems such as quality differs from game to game, the video compression is not up to the mark and the game will be good, if the devices which we use for gaming is good. The requirements of the gaming will differ, the PlayStation has so many super quality than cloud gaming. When we Perform extensive cloud gaming experiments using both mobile and desktop clients. Their work reveals many true facts. For example, gamers’ satisfaction on mobile clients are more related to graphics quality, while the case on desktop clients is more correlated to control quality.

Furthermore, graphics and smoothness quality are significantly affected by the bitrate, frame rate, and network latency, while the control quality is determined only by the type which is Mobile or PC. While talking about the PlayStation, the cloud gaming has the best streaming service which is the Shadow, It has everything which the gamers expects. The Survey says that, they use the server great hardware but in real; it is different from the needs of the gaming computer. They say that there’s nothing needed for this cloud gaming services but when we think practically, we need a fast, stable Wi-Fi, preferably wired of five Gigahertz, whereas Shadow needs 50 megabits per second. So we obviously need Fiber optic connection. 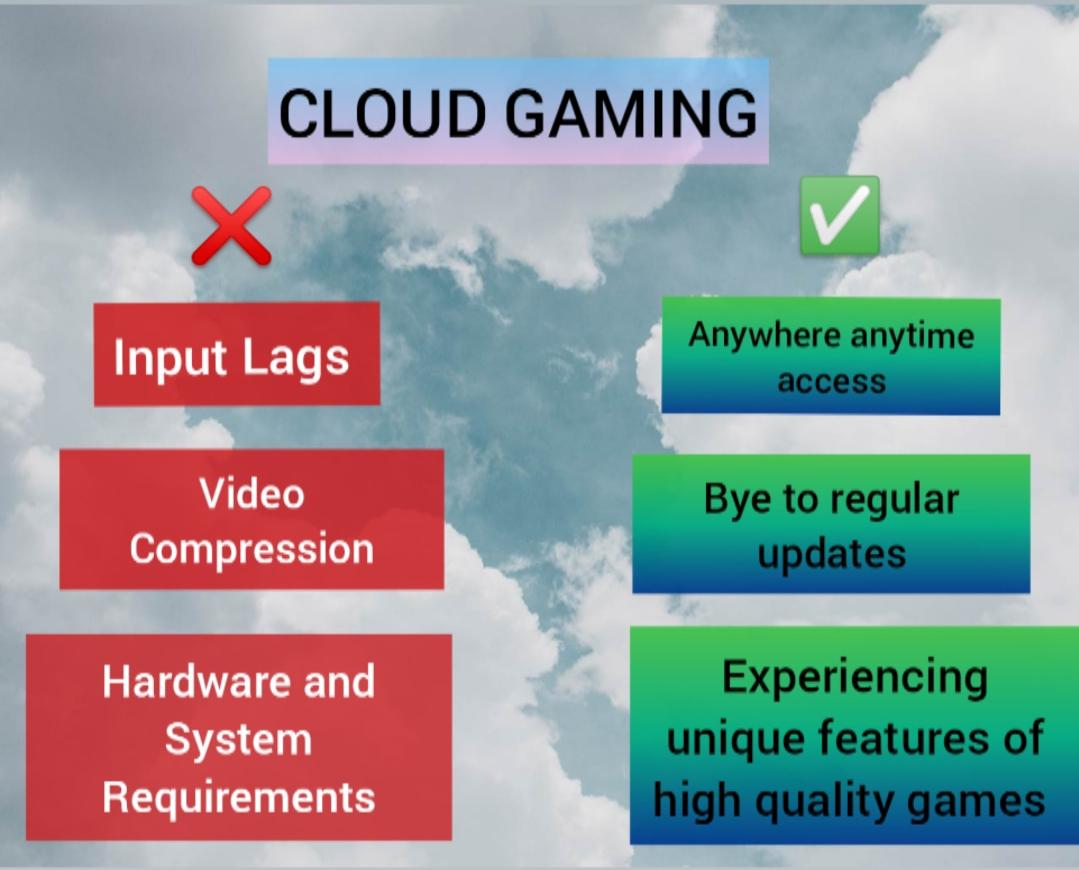 As the above picture describes, it will be different from the other gaming sites. We frequently update the mobile games and it sucks more of your data and storage. The streaming Services reduces this. According to the surveys, frames of lag is more than PS. The Project Stream can give it’s best up to 30FPS to 900P resolution. Microsoft has assured 10 mega bits a second without the practical testing, so the probability and news on this platform is low. If the input lags is more, the enjoyable game will bitter experience for gamers. The main complaint which is been told by the clients are, if you are playing for short period of time there won’t be a much difference but if we play for a long time, it’ll be more like a experience of  watching a video because in streaming services doesn’t have the best video encoding yet.

Cloud gaming is way to becoming a huge force in the games industry. Researchers and developers says that, many of us might be playing our favorite PC games on our phones and laptops. Whatever Google and Microsoft creates will be more competitive to the other industries as we have less news and data on the cloud computing services of these two, we can be only able to predict. Currently Shadow is so demanding in the marketplaces. The first advantage which it has is the cost, we can afford it easier than ever to enjoy our favorite games. Not every technology is very perfect, it is unpredictable. But will people give up using the gaming consoles? Google Stadia is one cloud gaming service that has passed the beta stage and is now available to a wide range of users. According to the news, it is supported on OnePlus, Pixel and select Samsung, Razer and Asus phones. You can literally play any high-end gaming title with just a basic machine

In 2017, the worldwide cloud computing market was worth roughly $45 million. Just six years later, Statistics estimates that future of cloud computing will be valued at around $450 million, a 900 percent increase between 2017 and 2023” These numbers are predicted not just based on the game and file streaming but the recent addition of television streaming is also taken into account.

This table shows another Strategy of US people and forecast for the upcoming year.

MARKET VALUE IN BILLION US DOLLARS

The cloud Gaming is not yet into the hype. It is really worth it for a single player but when it comes to multi layer it is a question mark. And the big trending technological firms are investing in it with infinite money, I believe that the lags will be fixed. On the other hand Apple has dropped this idea and doesn’t show interest in any of those services. So May be the survey will may or may not become true. Since people aren’t switching to the streaming services now, we need to be patient before concluding. 60% of the teenagers have not tried it till date. Let’s hope for the technological innovations to take place with super duper quality platforms.