BaaS, its nature and its mechanisms 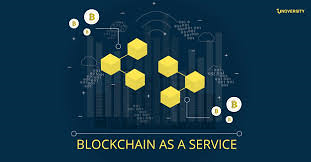 Blockchain as a Service is projected in the coming years to play a key role in IT. Since more and more businesses now realize the benefits of the blockchain, it has begun to emerge exponentially. However, for a number of reasons, they do not incorporate the blockchain.

Blockchain-as-a-Service vendors such as IBM, Microsoft Azure and other big firms have discovered BaaS that make it easy to implement blockchain for enterprises whose key expertise exist in fields other than IT. It lets organizations focus more on their core areas while not thinking about the space for growth.

Blockchain as a Service (BaaS) is an offering of blockchain services that enables clients to build, access and host their blockchain applications, functions and smart contracts using cloud-based services.

A cloud-based service provider that performs activities to keep the system running and agile is included in BaaS. It carries the potential of speeding up the implementation of blockchain through numerous industries.

Both businesses and people are prepared to adopt blockchain technologies. However, the technological challenges of designing, running and managing the architecture of the blockchain serve as hurdles to its mass acceptance. Blockchain as a Service provides ways to ease the challenges of emerging technologies for enterprises.

For a client, a BaaS vendor sets up and operates the blockchain platform and infrastructure. For setting up and managing blockchain related nodes on their behalf, a client pays certain payments to the BaaS provider. For the customer and their business, a BaaS provider handles the back-end.

The Blockchain-as-a-Service provider is responsible for maintaining the blockchain infrastructure going. A BaaS operator also takes care of tasks such as correct resource utilization, control of bandwidth and specifications for hosting. While stressing about efficiency and infrastructure-related problems, consumers will concentrate instead on their key areas and the features of their blockchain using a BaaS model. 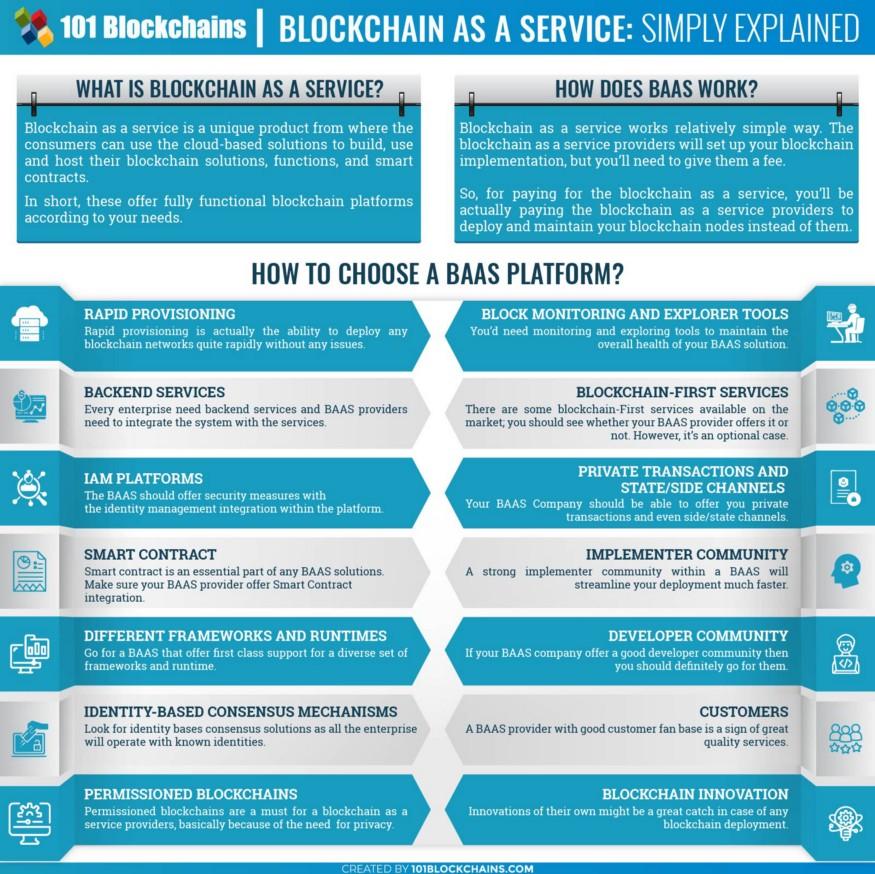 When Azure Blockchain Service was established in 2015, Microsoft was one of the first providers to offer BaaS. To build Microsoft Azure, which is based on the Ethereum Blockchain, they teamed up with Consensys. The service aims to encourage developers and corporate customers to play with a "one-click cloud-based blockchain development environment" with blockchain technology.

Developers will develop their private networks for testing environments and install CorDapps on private network nodes, based on the new version of Corda 4.1. It leads to reduced efforts and resources and offers scalability over a shorter period. Developers no longer have to rely on managing networks.

With all this being said, Blockchain as a service is a successful offering that lets companies become future-ready with flexible blockchain technology-based solutions.